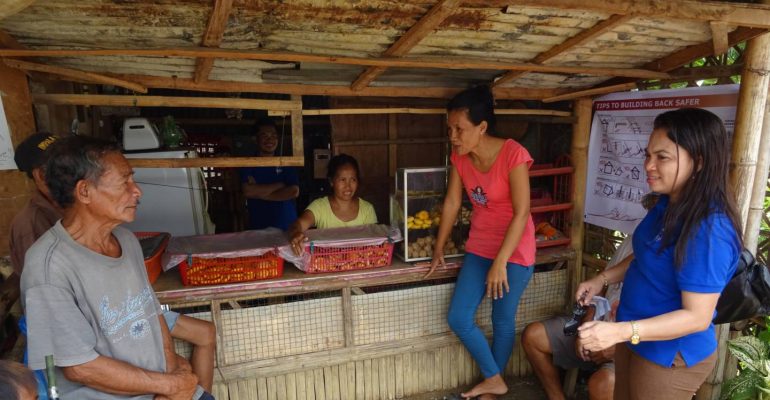 Kauswagan is a municipality in the Lanao del Norte province of the Philippines, which since the 1970s has been the stage of the Moro conflict between an Islamic secessionist insurgency and the Philippine Army. In 2010, local government stepped in and made an effort to fight the root causes of the conflict, which were poverty, food insecurity and inequalities between population groups, notably Muslims and Christians. The project ‘From Arms to Farms: Walking through the Paths of Peace’, proved very successful in addressing these issues.

Kauswagan has continuously been affected by the violence of the conflict, especially after 2002, when the central Philippine government declared ‘all-out war’ against MILF. In 2010, a new municipal administration launched a project that sought to fight the problems that were believed to be the root causes of the conflict, namely poverty, food insecurity and inequalities between different population groups. ‘From Arms to Farms’ is an agricultural training programme that helps former combatants to reintegrate into society while at the same time addressing the food security problem. It is part of the broader Sustainable Integrated Kauswagan Area Development and Peace Agenda (SIKAD PA).

Whereas the central government was primarily concerned with countering the insurgency with its military force, it was noticed within the municipal government that whenever rebels were demobilized they would face the same problems that caused them to pick up arms in the first place, and that as long as these problems were not addressed the risk of violence would remain.

The agricultural programme covered the areas of demobilization and food security, with the assistance of the Philippine Army, the Agricultural Training Institute and several other NGOs and CSOs. So called Peace Path Workshops sought to restore trust within the different groups of the community, so that a durable ending of the conflict could be achieved over time. These workshops were led by the different organizations involved with the project and religious leaders, while they targeted as many parts of society as possible.

The Kauswagan municipality has seen a significant reduction of poverty since the project was started in 2010. After a peace agreement was signed between the Philippine government and the insurgency, a climate was created that further allowed the normalization of relations within the community. The case shows that limited measures taken by the central government can be supplemented by local action for a sustainable solution.