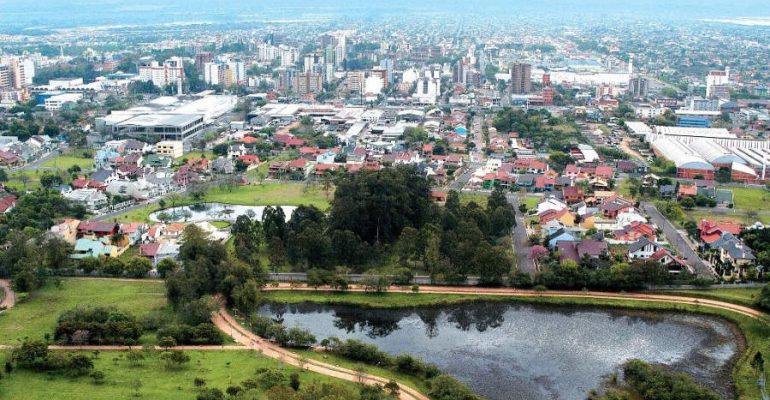 Due to its very high crime rates (70 homicides per 100,000 inhabitants), the Guajuviras district in the city of Canoas has become known as the ‘Brazilian Baghdad’. In 2009, public authorities and the police forces launched an extensive initiative in order to achieve a permanent reduction of violence. With the creation of a so-called ‘Peace Territory’ the programme achieved a 34% reduction in the number of violent deaths in the Guajuviras district, during the first year. The participative and social nature, as well as its replicability contributed to the selection of Canoas as a finalist for the UCLG Bogotá Peace Prize!

In 2009, the National Public and Citizen Safety Programme underpinned the valuable role for municipalities and local initiatives in crime reduction. Within the framework of a new local safety policy, the municipality of Canoas installed the Cabinet for Integrated Municipal Planning, as well as a Municipal Security Council and Public Security Observatory. They developed an initiative in order to bring down crime rates, which were at an extreme high at that point.

In October 2009, the first peace territory was established in the Guajuviras district. The main objective of the project was prevention, by focusing on the causes of violence and crime. Additionally, public order and security strategies were implemented.

In order to address the root causes of violence and crime, the project sought to promote social inclusion and participation of young people through social projects and by providing employment opportunities. Also, community policing was introduced, which on the one hand strengthened the sense of community, and on the other helped in active fight against crime. The social component of the project aimed to increase the self-esteem of citizens and create positive relation between them and the community. As a consequence, they would be less likely to engage in criminal activity and violent behaviour.

Simultaneously, an extensive policing campaign was launched in order to actively fight crime. An important part of this campaign was the clever use of intelligence and technology. The police force’s capacity was greatly enhanced with the help of applied studies and territorial assessments done by the Public Security Observatory, and the introduction of high-tech monitoring systems, such as closed circuit security cameras, an audio-monitoring system called the ShotSpotter which detects gunfire, alarm systems and software management.

The use of technology, intelligence and community policing also adhered to the citizens’ call for transparency and so helped to restore trust between citizens and the judicial system and the local government.

The combination of fighting the root causes and increasing crime fighting capacities proved very successful, with a 34% decrease in the number of homicides. In 2011, the second peace territory was established in the Mathias Velho neighbourhood. The Peace Territories are currently being extended into other neighbourhoods as well.