Congratulations to all entrants to the UCLG Peace Prize 2019! 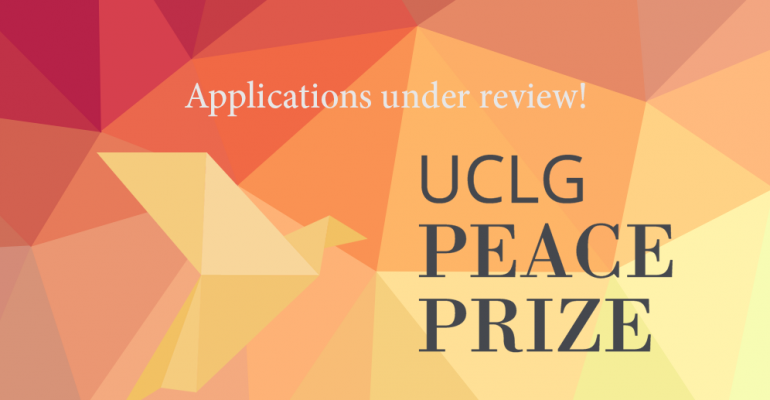 The second edition of the UCLG Peace Prize received an outstanding number of applications from cities and regions from all continents.

Local peace initiatives come in many forms. Some local governments played an important role in settling conflicts, while some provided spaces for dialogue or platforms for cooperation between stakeholders with different interests. Others used of sport and culture to set aside differences and promote peace and social cohesion, while in other applications local governments had an essential part in post-conflict reconstruction.

Currently, the applications are checked for their eligibility, after which they will be carefully scored on impact and effectiveness; difficulty, complexity and danger; replicability and learning potential; innovation and creativity; sustainability for the future; organizational commitment and contribution to human security, promotion of democracy, human rights and peace.

On the Day of Peace (21 September), the finalists will be announced and they will be invited to present their peace initiative at the UCLG World Congress in Durban.